Recent decades have seen the emergence of micro-genres or movements, that defined their own esthetics, often through combination of previous cultural expressions.

A classic example is Vaporwave, “a microgenre of electronic music, a visual art style, and an Internet meme”. Other examples:

Examples of new genres that students could create:

Students have to design a “Robocall”, using the audio capability of Adobe XD.

An assignment by Marc Weidenbaum, posted on Disquiet in 2017: 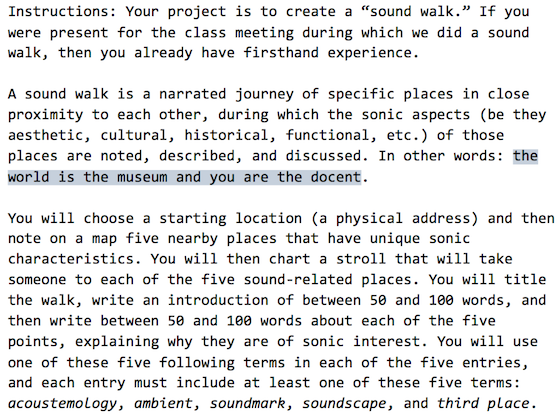